Our friends from the West

In the first of a series of articles, Club Archivist, Andrew Lochhead, explores some of the history of the Club and the close links with visitors from North America. 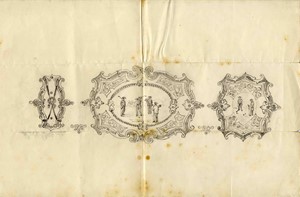 The roll-call of Championship winners at Prestwick is much hallowed, including the likes of Willie Park, Tom Morris and his son Tommy, Harry Vardon, James Braid, John Ball Junior and Harold Hilton.

It’s all the more fitting then that names from the other side of the Atlantic should also figure prominently alongside these legends of professional and amateur golf. Jim Barnes, Lawson Little and Harvie Ward each carved out a piece of history when they were respectively Open Champion in 1925 and Amateur Champion in 1934 and 1952.

There’s obviously something about Prestwick and famous Americans: it’s the only town in the United Kingdom visited by Elvis Presley, if only fleetingly in transit!!

While 90 years have now passed since Prestwick’s last Open in 1925, its record of 24 Championships is only bettered by St Andrews.

Bernard Darwin wrote of Prestwick (in 1938): “The Road Hole at St Andrews may possibly hold the individual record, but surely Prestwick comes first in point of collective devilry.” Of the early members of Prestwick, he said: “They little knew what a candle they were helping to set alight in Scotland and in all the world, such as should never be put out.” 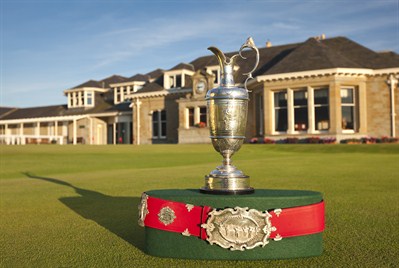 The original pencil-crafted design for the Championship Belt in 1860 is among the most treasured items on display in the clubhouse. Also on view are letters from Tom Morris and the Minute of Agreement setting up the event in 1872 for the new trophy (better known as the Claret Jug).

No one knew the original 12-hole course better than Morris, who served as the Club’s Keeper of the Green for thirteen years, from 1851 to 1864; by the time he returned to St Andrews in 1864, he was a three-time Open Champion. His 1864 scorecard is the oldest in Prestwick’s collection.

Then, there is the 1869 card of Tom Morris Junior marking the Open’s first hole-in-one and that of 1870 with an opening three, the modern day equivalent of an albatross.

Complementing the collection is a replica of the Claret Jug, gifted by the R&A in 2010 to honour Prestwick’s unique heritage as the founder of the Open Championship, not to mention the two replica Belts commissioned by Prestwick in 1985 and 2010 to mark the 125th and 150th anniversaries respectively of the first Open.

Such was the distinction of holding the original Belt that it was not seen fit to award prize-money to the winner. While the second, third and fourth-place players were paid from 1863, it was another year before the Champion Golfer received any monetary reward.

So, both on and off the course at Prestwick, the golfing connoisseur has much to savour; and that’s even before reaching its hallowed dining room.