Prestwick Golf Club was delighted to be recognised recently in two new Top 100 listings that were published.

Golf.com recently published their 2020/21 listing of the top 100 courses in the world. Prestwick's historic links was ranked at number 75 - a rise of 25 places.

In recognising the rise Golf.com stated:

"Prestwick joined our list in 2017 at No. 100, and though it has vaulted higher, not much has changed at the 168-year-old Scottish gem. By embracing its history, the club has preserved Prestwick’s best and most quirky features, including the sleepered Cardinal bunker, the blind tee shot on the par-3 5th and the descriptively accurate “Narrows” hole (No. 15) with its ribbon-wide fairway. At seemingly every turn you’ll find something that you’ve never seen before on a golf course. That’s what every well-traveled golfer yearns for."

The Prestwick Links were also ranked as number 35 in the National Club Golfer Top 100 courses in Great Britain & Ireland. The ranking panel noted:

"... anyone with a golfing soul, who is in any way interested in the game’s past, who wants to get a flavour of the challenges posed many years ago, who has a sense of adventure and is prepared to engage their brains, it remains quite simply a must-play."

The Prestwick links were also recognised with an award at the National Club Golfer Top 100 Awards Dinner. Prestwick was voted as the course with most variety beating off the other nominees of Old Course St Andrews, the Ailsa Course, Turnberry, Royal County Down and Royal St Georges. Club Captain Alasdair Reid and Secretary Ken Goodwin (below) attended the dinner to collect the award. 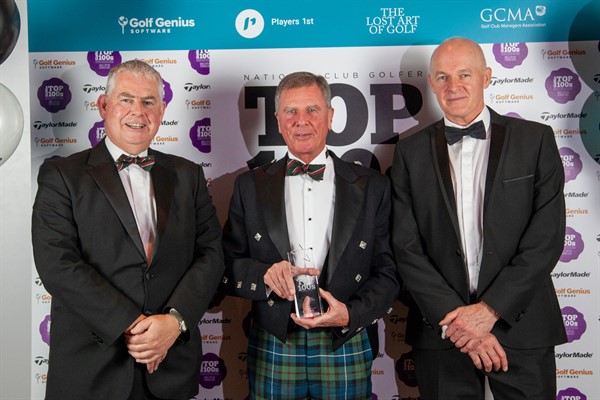