There has recently been a couple of holes in one by members.

On Saturday 16 November, Randolph Laing holed in one at the 18th hole. Having started at the loop it was the fourth hole of his match - it would have been a sickener for his opponents if it had been the last hole. Playing with Steve Munro in the Saturday draw against Douglas Mack, Randolph and Steve started par, birdie, par, albatross - Douglas was quite pleased at his team's performance in only being 2 down. 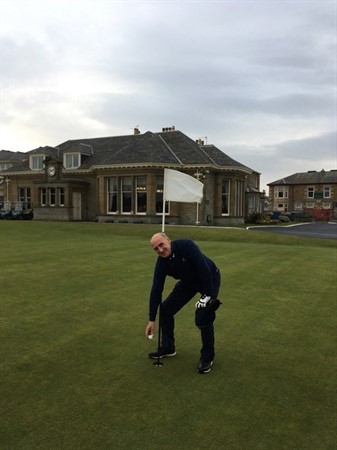 On Wednesday 4 December, the Old Pro, Frank Rennie, achieved his twelfth hole in one while playing the 2nd hole with the Captain and Keith Macintosh. In Frank's typically modest fashion he compared his shot with some he hit while winning the Northern Open (in case you didn't know). When asked what club he had used for his feat Frank replied "The right one!" 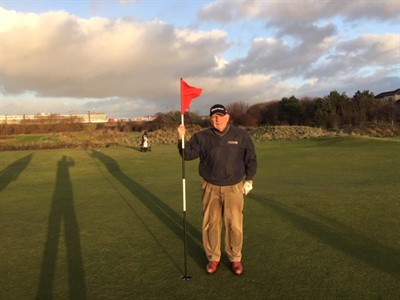