Prestwick has been the setting for a host of exciting and dramatic tournaments including eleven Amateur Championships between 1888 and 2001. One of the most remarkable was between W Lawson Little Junior of Presidio US, and James Wallace of Troon Portland in 1934. Little scored 66 in the morning and started the afternoon 3, 3, 4, 3 and 3 to win by 14&13.

The most recent Amateur Championship at Prestwick was staged as part of the club’s 150th anniversary celebrations in 2001. It was won by Michael Hoey from Shandon Park, Northern Ireland, who defeated Ian Campbell from Marlborough Park Golf Club in Wiltshire by one hole. Nick Dougherty set a new amateur course record of 66 in the medal-play qualifying competition. 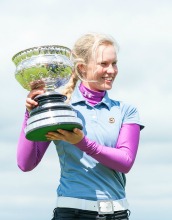 More recently, Prestwick has hosted a number of important amateur tournaments including the 2013 British Ladies’ Open Amateur Strokeplay Championship which was won by 17-year-old Jing Yan of China with a 14-under-par score of 292. The 100th Scottish Ladies Amateur Championship was held in May 2014 and was won by Gabrielle Macdonald of Craigielaw Golf Club who defeated Connie Jaffray of the Ladies’ Golf Club, Troon at the 19th hole. 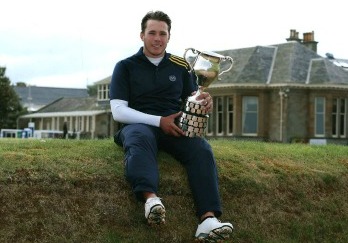 Finally, the 88th Boys’ Amateur Championship, held in August 2014, was won by Oskar Bergqvist of Sweden who beat Ireland’s Rowan Lester by one hole in a 36-hole final played in blustery conditions.

Prestwick has also staged the Scottish Amateur Championship on eight occasions and can boast three champions as members - JM (Morty) Dykes in 1951, WD Smith in 1958 and KW Macintosh in 1979.

The last professional tournament staged at Prestwick was the Penfold-Swallow in 1958, won by Harry Weetman in a play-off against Harry Bradshaw. Christy O’Connor won the Dunlop Masters two years earlier with a score of 277.