During the Second World War the Combined Operations Command brought together the Royal Navy, the Army and the Royal Air Force to plan, train and operate together as a unified force on amphibious raids and landings against the enemy. A Combined Operations training camp was established at Dundonald on the Ayrshire coast and the courses of Prestwick, Kilmarnock (Barassie), Troon and Western Gailes were annexed by the War Ministry to provide training grounds for the armed forces. In particular, the duned shoreline and undulating fairways provided excellent opportunities to rehearse amphibious assaults.

The Command drew on the best practices and expertise the Royal Navy, the Army and the Royal Air Force had to offer to create a unified force. Many of their top planners and experts formed the nucleus around which the Command was formed and, as the requirements of offensive operations took on an international dimension, the service personnel of many Allied countries proudly wore the Combined Operations badge. 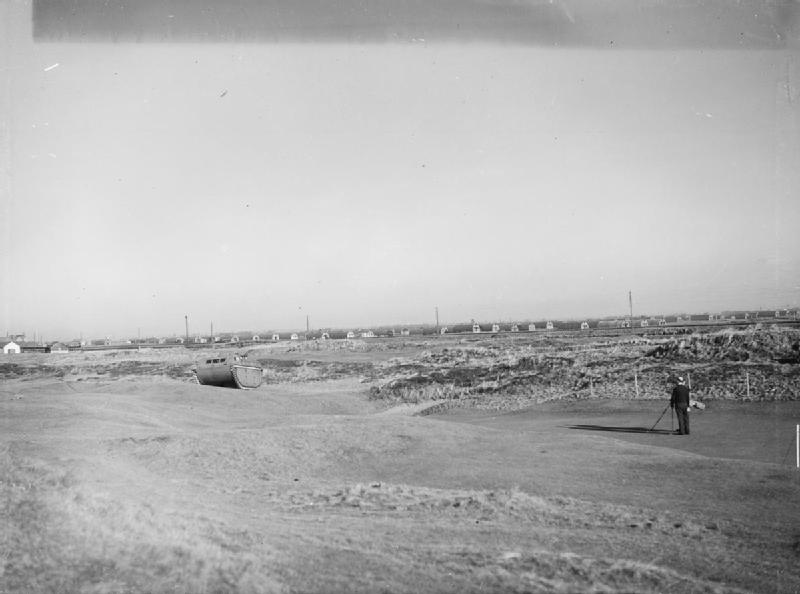 A photograph from February 1943 showing a golfer on the Kilmarnock Barassie links waiting for a tank to pass.

In 1945 following the end of the war, the Commanding Officer of the Dundonald Camp presented a trophy to be played for annually among the four Clubs who had given up their courses to aid the war effort. The trophy is possibly one of the more unusual ones in golf being a model of a landing craft of the type used by the troops training on the Ayrshire beaches.

Prestwick Golf Club is proud to be the winner of the 2019 event.