The first hole in one?

150 years ago today on 16 September 1869 Tom Morris Junior scored the first hole in one in the Open Championship.

While probably not the first ever hole in one, Morris' ace was almost certainly the first reported hole in one and the first in the Open Championship. As the other three golfing majors had not yet been introduced it was also the first hole in one in major championship golf!

Young Tom's ace was achieved at the 8th hole (the 'Station' hole) of some 166 yards in length. Unfortunately, history does not record the club used. The Station hole was part of the original 12 hole course but sadly no longer remains. 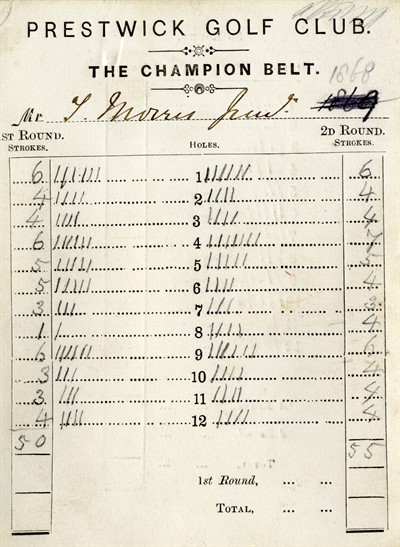 For many years there was confusion over the year in which Young Tom achieved this feat with many believing it had been in 1868. The card was originally undated. Later the correct date was attributed but the card was subsequently wrongly altered to '1868'.

The report in the Ayr Advertiser of 23rd September 1869 sets the matter straight. 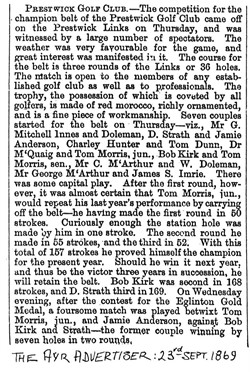