The Club was pleased to recently host a screening of the Tommy's Honour movie in the Clubhouse.

The movie tells the story of Old Tom Morris and his son Tommy and is based on the book of the same name by Kevin Cook.

Old Tom Morris played a key part in the development of golf at Prestwick Golf Club laying out the original 12 hole course in 1851 and being the first Keeper of the Green and Ball and Clubmaker to the Club. His son, Tommy, learned to golf over the Prestwick links. Each man went on to win the Open Championship four times.

The screening of the film was organised by two local charities.

The Friends of the Broadway Prestwick is a local group trying to purchase and reopen the Prestwick Broadway cinema as a community run cinema. they currently present pop up film shows in various community venues around Prestwick.

Dementia Friendly Prestwick aims to support people with dementia, and their families and carers, in Prestwick to be included and remain part of their community for as long as possible.

A major coup was achieved by the organisers in having the film's director, Jason Connery, attend the screening and take part in a question and answer session after the show.

The event was open to the public with almost 60 people attending. 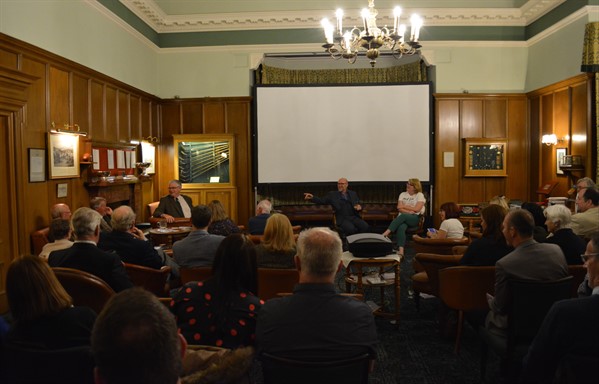